The Takuba Task Force is launched

The Takuba Task Force was launched on 27 March 2020. Eleven European States, together with Mali and Niger, adopted the political statement creating this force. It will be brought under the command of Operation Barkhane to fight terrorist groups in the Liptako region (the border region between Mali and Niger). The Task Force will mainly be composed of European Special Forces. It will also provide backing in the form of advice, assistance and support for Mali’s armed forces in coordination with G5 Sahel partners, the United Nations Multidimensional Integrated Stabilization Mission in Mali (MINUSMA) and the European Union’s civilian and military missions (EUTM Mali, EUCAP Mali and EUCAP Niger).

The Takuba Task Force should reach its initial operational capability (IOC) in summer 2020 and its full operational capability (FOC) in early 2021. The Takuba Task Force will be able, through its structure, to act quickly and to adapt to the changing threat of terrorist groups. It will play a key role in quickly ensuring the autonomy of local armed forces. 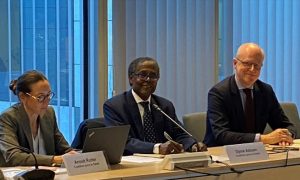 November 2022 – Workshop of the Secretariat of the Partnership for Security and Stability in the Sahel (P3S) on “Protection of Civilians in the Sahel: Consolidating an Integrated Approach”

25 November 2022 – The High Representative of the Coalition for the Sahel, Dr. Djimé Adoum, spoke at the Workshop on “Protection of Civilians... 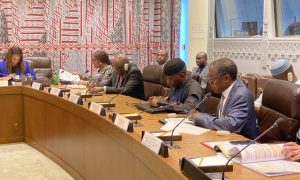 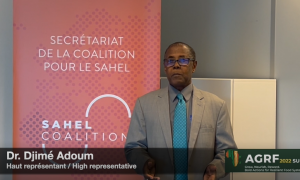